Remembering the Past
By Ben Bonanno, Cornucopia’s first President

It all started in June of 1975 with a dream of a store where people with disabilities could learn real work skills in a real work setting. . Founded by Anne and Brian Daw, a little storefront named The Bin was opened as a fresh fruit and vegetable market.

The dream was to establish a program to help people with disabilities prepare for employment at a competitive level. The dream eventually led to a move from Madison Avenue to Sloane Avenue in Lakewood, and to a name change – from The Bin to Nature’s Bin. Cornucopia/Nature’s Bin has been under the management of executive director, Scott Duennes since 1987.

In this new setting of Nature’s Bin, we began to see a significant increase in revenue, and a better ability to serve the people we were training. After a few years of operation on Sloane Avenue, the need for a program such as our on the east side became acutely obvious. We began to plan the opening of a similar operation on the East side. This goal was accomplished in August 1996 with the opening of Nature’s Bin on Lee Road in Cleveland Heights.

In 1999, we again expanded our services to people with disabilities by providing job placement and job seeking skill services. In May 2001, we opened the “Cornucopia Employment Services” office in University Heights. 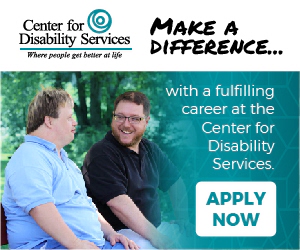